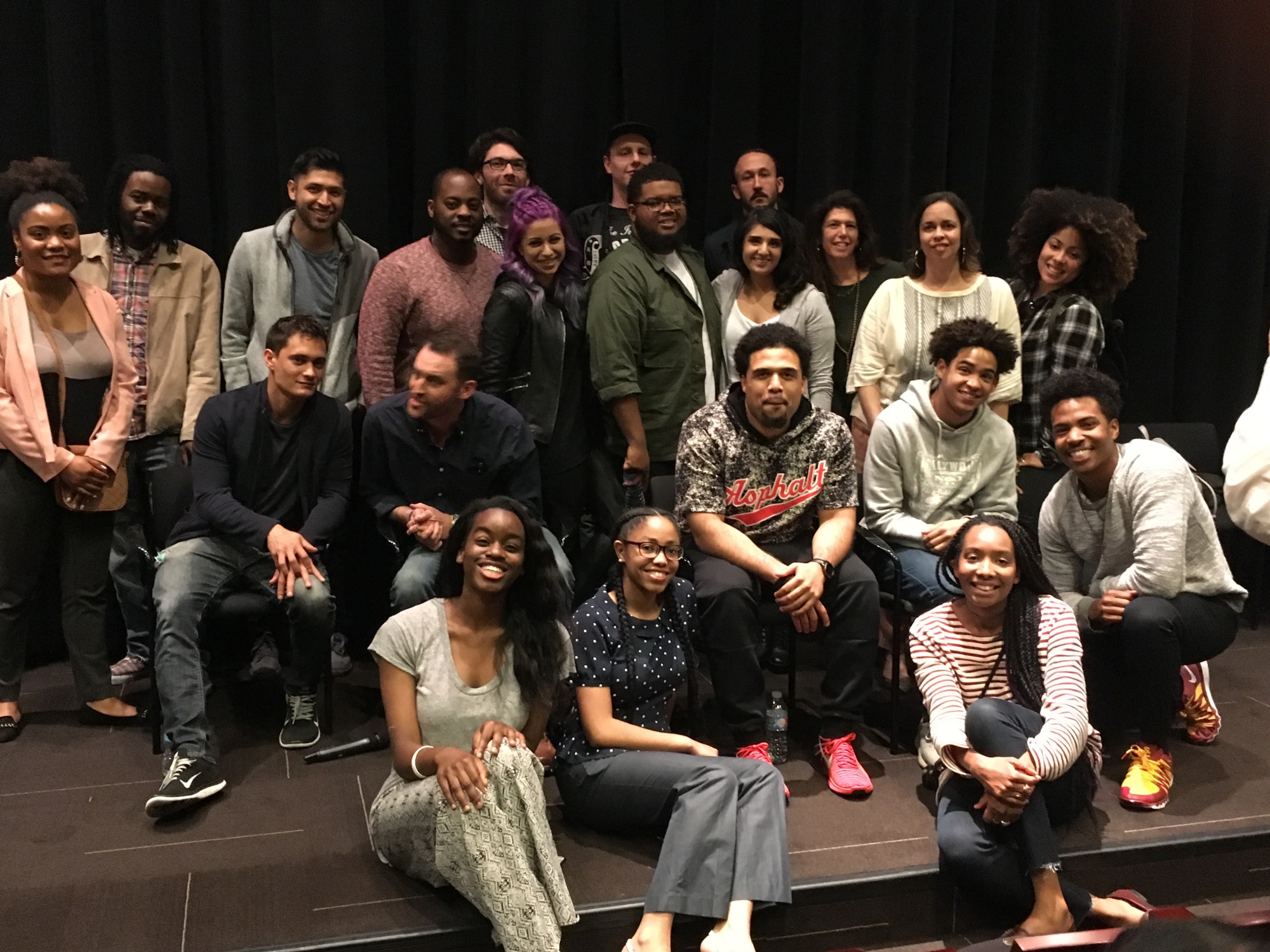 “The USC School of Cinematic Arts, African American Cinema Society (AACS), and IFC Films, invite you and a guest to a special screening of The Land…”

We screened Sundance gem #THELAND with African American Cinema Society. So proud of these alum for making an incredible film and excited to walk in their footsteps in film marketing! #usc #uscsca #usccinema #macroventures #ifcfilms #hollywood #blackhollywood #production #thelandmovie #FromJoyToTheWorld

We brought the cast and crew of this amazing picture back to the USC School of Cinematic Arts for a screening + Q&A where they told us about the challenges of shooting The Land, including lightning, turf wars, gun violence and marveling at the glory that is Erykah Badu and rapper Nas who became attached to the soundtrack and irrevocably altered the project for the better.

I live-tweeted the event from the @uscaacs Twitter alongside @TheLandMovie and @Macro_Ventures; click through to learn more about Caple Jr.’s writing process, how actors Moises Arias and Rafi Gavron prepared, and why Macro was so crazy about the project!