My last visit to CBS Studio Center in Studio City taught me everything I needed to know about de-mystifying live television production. As an on-set vet of sorts, I returned to the set of Entertainment Tonight/The Insider with the hopes of catching up with Executive Producer Kevin G. and learning a bit more about marketing at CBS. 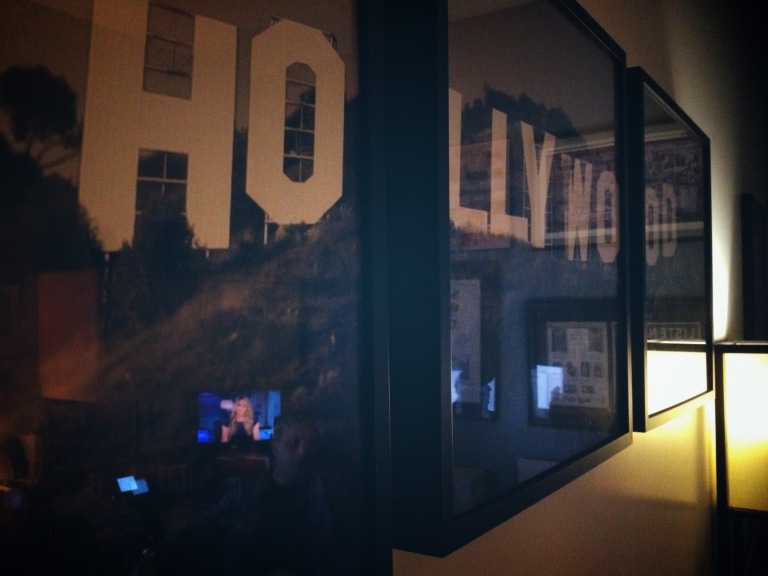 I escorted myself to Kevin’s warm, newly-familiar office, illuminated only by two glowing lamps in each corner of the intimate space. “Standby,” he politely requested of me as he multi-tasked.

He sniffed the air to guess at my fragrance: “What is that you’re wearing? Kinda now, kinda wow, kinda free, kinda Charlie, huh?”

As usual, he caught me off guard. “I wish I had an arsenal of phrases at my disposal like you always seem to! What on earth are you talking about?”

Without further prelude, he began to play and sing along to this 1970’s perfume ad:

“There,” he said pointedly, chuckling. Then, without much ceremony, he returned to his producer’s work, punching furiously into a keyboard and giving notes on a headset while simultaneously shooting directives through his cell and checking his voicemail. Don’t ask me how he does it.

“Good and cheap. If it’s good, they will wait,” I wagered. “Did you always want to be a producer?”

“Always maybe not but kinda yeah.”

“Otherwise I wouldn’t do it.

“There are people who hate their jobs but still do them.”

He smiled at me wistfully and said simply, “Life is too short for that.”

Although I’ve only just finished my first year, I’m looking to do something I love and make myself an asset to major studios and production companies down the line. Kevin made it possible for me to speak with a coworker in marketing and affiliate relations; They walked me through some of the most recent developments in the field and recommended some good books that’ll help me gain my footing. The two debunked a common entertainment industry myth: “It’s not about who you know. It’s about how you close,” they insisted. “It’s also about how respectful you are to HR. Hiring managers are the gatekeepers.” A few good reads, thoughtful strategies and varied internships from now and I should be prime marketing intern material…

After that valuable exchange, I wandered into a makeup room on another part of the Studio Center. There, I found Rebecca, a familiar face between takes on ET/Insider, contouring and re-applying at will. A fellow Bay Area native, Rebecca hadn’t always dreamed of doing makeup for on-air personalities. As an Art History major in undergrad, she took a Stage Makeup course that ignited her passion for mastering cosmetics. He workspace today at CBS is busy and glamorous, covered in glitzy posters and signed photos of celebs she’d dolled up (And the prominently placed photo of Kevin Frazier from back in the day did not go unnoticed).

Sharon and Kelly Osbourne visited the set to tape a heartfelt mother-daughter piece with Brooke. I absolutely melted when I caught sight of Kelly’s adorable puppy, Nancy! Nancy accompanied Kelly throughout the whole interview in which Kelly discussed her new book, A Letter to my Mom. Kelly divulged that she had tried so hard to fight the inevitable by attempting to develop an identity outside of “Sharon’s daughter” before realizing that she was her mother. (That makes sense, right? Her words, not mine!) “The apple doesn’t fall far from the tree; you’re both so strong-willed!” Brooke discovered. 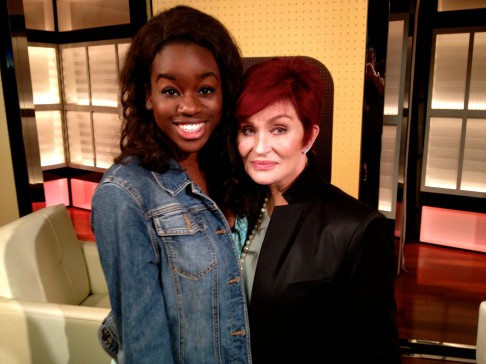 With The Talk’s Sharon Osbourne

This visit made an excellent wrap to a busy, highly professional semester! I’m so grateful for my new friends at ET/The Insider and I can’t shake the feeling that I’ll be back, soon enough 😉

One thought on “A Different Day at CBS: Marketing, Makeup and Osbournes”

I second shot a big ‘ol Black, Samoan, Trojan, Delta wedding 😍💓 for @chloejackmanphotos
Comment below - who do you need?! It’s #TimeToTampax to figure out if size matters, once and for all - It’s wild how little we talk about periods and what we use to manage them. I hope this experiment helps you next month! #ad #TampaxTruths @tampax
Lol what song do you play to get your head in the game?
Baby’s First Voiceover Reel 🎞🤓
mitekitanytimeanywhere 💋
📍Where am I? (Wrong answers only)