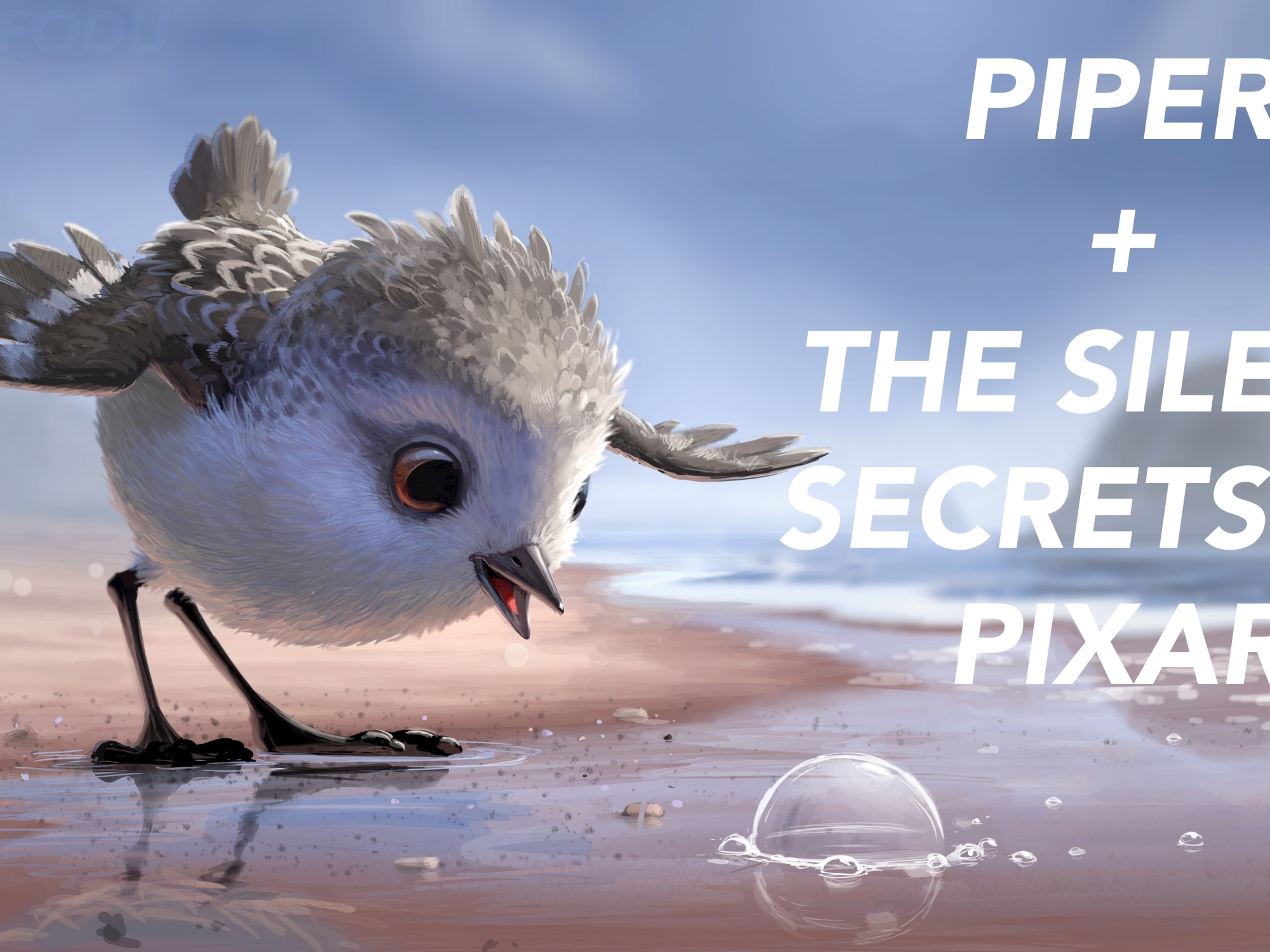 I recently had the pleasure of visiting Pixar Animation Studios and hearing from Alan Barillaro, the director of Pixar’s newest short film, Piper. Piper tells the captivating, well-researched story of a sandpiper who dares to brave his fear of water. Here are a few secrets behind the making of the short and director Alan Barillaro‘s intent:

The director seemed as grateful for the opportunity to work at Pixar as I did to hear him speak! He closed with these words, “[Outside of Pixar] At a certain point, you’re just drawing and you’re showing off. You’ve stopped your learning.”

As a celebrated voice actor and Creative Executive, Joy Ofodu has drawn over 30M views to her original digital comedy content and countless more to inclusion-centered, global marketing campaigns at Instagram. Under her self-titled media company, she has grown a highly-engaged community of more than 200,000 online daters and meditators in just two years. Joy is the host of Dating Unsettled, an audio show designed to validate women daters, available now on all podcast platforms. Joy’s voice can be heard in her partnerships with HBO Max, Adult Swim, The Daily Shine, Skybound Entertainment, Meta, Credit Karma, Netflix, DIRECTV, Upenndo! and more View all posts by Joy Ofodu

2 thoughts on “‘Piper’ and the Silent Secrets of Pixar”

#ad Let go of stuff from your ex to win a winery gift! 🎁💝
Dating Black History Figures PT 1
Which one would you get?!
Happy #BlackHistory Month - Punk Edition 😂
TRUE STORY: I didn’t know how to insert a tampon until 23. #ad You are NOT too grown and it’s neva too late to try tampons! @Tampax
Meet Very Much Not At All Referencing Bachelor @zachshallcross