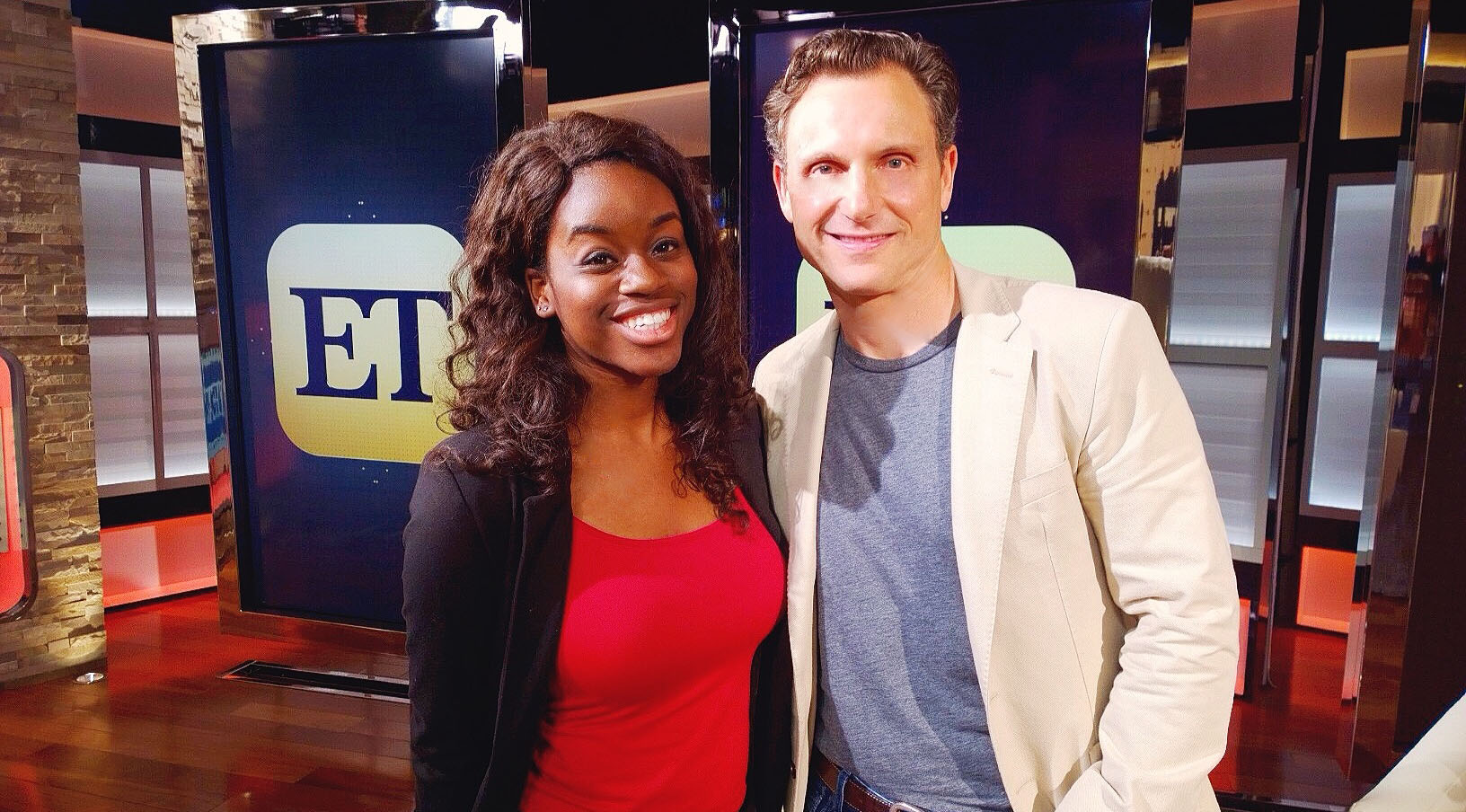 I almost feel that it’s reductive to call him Scandal‘s Tony Goldwyn… The actor/director has raked up a number of impressive accolades and roles over the years, but right now, he’s drawing international attention and millions of views in his role as President Fitzgerald Grant III on Shonda‘s cable hit. As a fan of the show and new acquaintance, I can attest to Tony’s powerful, dignified presence, and of course, his scary good looks.

I spent a long, wonderful morning touring CBS and shadowing the Stage Manager but I knew that I had to stick around the studio when I heard that the President would be arriving. I was lucky enough to be there as he stepped out of his presidential brocade (or a black SUV, sans American flags). He spoke with Nischelle Turner about his hopes for Olitz (Olivia + Fitz) “I hope I get the girl! If I could just get her to Vermont..” as well as his upcoming episode of TLC’s Who Do You Think You Are, a show in which celebrities partner with historians to find out more about their predecessors. In the feature episode, Tony traces his ancestry back several generations to find a shocking history of radical activism, one that brought him both pride and shame upon discovery. (If you’re looking to catch it, the hour-long special airs on TLC this Monday, April 6th at 12am PT)

I sat onset for the one-on-one, headset and all, ducking under the jib to hear him speak. To shake Tony’s hand and finally meet him was such an honor. It’s rare to encounter such a sincere actor, even in brief greetings and well wishes. Well, I wish President Fitz all the best in his pursuit of Olivia and I wish Tony the best in his pursuit of truth and closure with his family ties.