In a time where protests over a lack of representation for underrepresented racial groups and women in Hollywood have been reduced to “using such an ugly way of complaining” (Thank you, Gerald Molen), our newest Media, Diversity and Social Change Initiative CARD study is the perfect empirical remedy for the haters and for the empty discussions that entertainment industry leaders tend to have on this topic.

And it isn’t falling on deaf ears: Between BBC, NPR, AP, TIME, Fortune, EW and hundreds of other media sources, nearly 1,000 articles have been written about #CARD2016, which also trended #1 on Facebook yesterday afternoon after its February 22nd release (Ask the coders; we have receipts).

This Fall, I joined the other 100 research assistants in the MDSC lab to evaluate 4,284 directors, 305 scripted series (TV, Netflix, Hulu), 109 motion pictures and a whopping 11,306 speaking characters under the direction of Marc Choueiti, Dr. Katherine Pieper and director Stacy Smith. Here she is, breaking down the methodology and new findings for you:

As Shonda Rhimes said at the Human Rights Campaign Gala in Los Angeles, she’s not just “diversifying” TV, she’s normalizing it. That, my friends, is the ultimate goal of our Initiative: to push major studios, writers and potential change-makers to reach census  parity with Hollywood’s stories and opportunities. (i.e. How can women be roughly half of the U.S. population but only make up 3.4% of directors of the films studied?)

Perhaps the most original feature of the Inclusion or Invisibility study is the inclusion report card, assessing companies like Sony, The Walt Disney Company, Viacom and CBS on their ability to meet real-world parity. Summer school will likely be needed for the Film industry; only Sony and Viacom managed a score of Fully Inclusive (in one category)

Key players in the television industry, on the other hand, seem to be eating their Wheaties; Walt Disney and the digital companies amassed 16 total marks for Inclusivity:

How did the President of LA Film Festival, creator of How To Get Away With Murder and President of Women In Film react to this study on Monday night at USC Annenberg?

"I was gonna call my assistant and be like – wait, can they send me the numbers on our show?" – @petenowalk of #HTGAWM #CARD2016 #livetweet

"For me, this is the space that I've been living in and having the numbers has empowered me as well." – Stephanie Allain , @LAFilmFestival

Why does any of this matter? Our nation is being conditioned to accept a false reality, filtered to them through tired narratives by risk-averse, non-inclusive companies. When we don’t see ourselves represented onscreen, when we’re denied the right to tell our own stories from behind the camera, we stop believing in our own power. Knowledge is power, and #CARD2016 contains a whole lotta knowledge. Take our study and run with it. Continue to pass the baton to change-makers who have both the knowledge and power to normalize our entertainment industry. 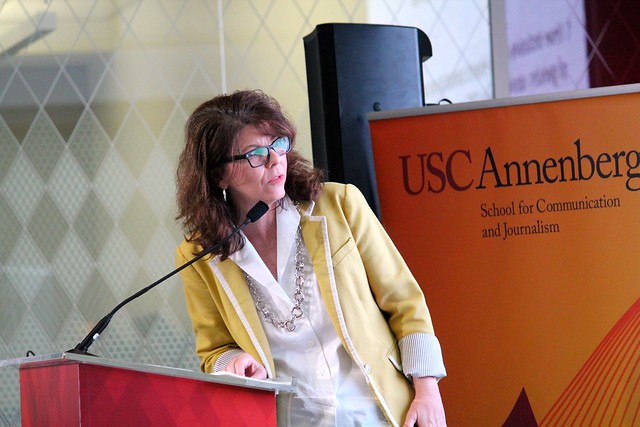 Fight On for Inclusion!

As a celebrated voice actor and Creative Executive, Joy Ofodu has drawn over 30M views to her original digital comedy content and countless more to inclusion-centered, global marketing campaigns at Instagram. Under her self-titled media company, she has grown a highly-engaged community of more than 200,000 online daters and meditators in just two years. Joy is the host of Dating Unsettled, an audio show designed to validate women daters, available now on all podcast platforms. Joy’s voice can be heard in her partnerships with HBO Max, Adult Swim, The Daily Shine, Skybound Entertainment, Meta, Credit Karma, Netflix, DIRECTV, Upenndo! and more View all posts by Joy Ofodu

How I combat social media comparison (jealousy)
If I had to suffer through this, you do too
EPISODES 10 COLLIDE @datingunsettled and @showsomelovepod both center Hardballing‼️
When they cancel as you exit the house
The type of absurd comedy I’d post if I felt like y’all were wired like that😭😂
I—