BFFs Michael Mando and Rhea Seehorn were in hot pursuit, followed by the rest of the Saul cast (as seen in the video).

Variety media strategist Debra Birnbaum praised the first season for its “depth, humor and heartbreak”. Before the audience of hardcore Saul fans could collect themselves, we were surprisingly treated to a first look at the newest episode, before the rest of the world could lay eyes on it!
The booming and bumping of Atmos technology was palpable inside the Dolby Theatre – it was a real treat to see each brilliantly calculated shot matched with such expert sound design from the Saul creative team.

The crowd at PaleyFest roared its approval in sheer delight and surprise as a surprise guest appearance of Mark Margolis (Tio Salamanca) lit up the screen! Even title star Bob Odenkirk (“Jimmy McGill/Saul Goodman”) was a little shocked after watching it all back: “I can’t remember what happens in these episodes.”

Here are some of my favorite quotes from Saturday’s #PaleyFest convo:

“I feel like all possibilities are open and I refuse to hear otherwise.” – Rhea Seehorn’s bet on whether her character (Kim Wexler) lives to see the Saul Goodman days
“The 1st season was like a free education in cinema.”
“But to be fair, Michael would then cry in the corner, clawing at the door of my dressing room.” – Michael Mando and Patrick Fabian (Howard Hamlin) on Nacho’s initial lack of screen-time
“I’m a fan of everyone I’m working with… Our fanbase is so amazing, intelligent and involved. We have to make you guys happy every Monday.” – Michael Mando (Nacho) on Saul fan experience
“The hardest part is pacing Jimmy’s transition to Saul.”
“It’s like Batman vs. Bruce Wayne… nobody wants to watch [a Batman movie] about Bruce Wayne. We were both nervous.” – Vince Gilligan and Peter Gould on keeping Breaking Bad fans engaged
“If you start getting married to some big scheme you have, you start forcing the character.” – Peter Gould after cast praised him on openness about patchwork writing process
“When you’re a writer, you don’t know ‘from whence they came’. You just pray…that the ideas don’t stop comin’.” – creator Vince Gilligan on character origin stories

Fans of Better Call Saul will surely enjoy the new season, which the creators promised is full of difficulties between brothers Jimmy and Chuck (Michael McKean) and an ensuing struggle between Jimmy and Kim (Rhea Seehorn) to re-kindle their romance and reclaim their own narratives. Kim’s “I save me” line is a huge slap in the face for Jimmy, who will evidently go through a lot more until Peter Gould and Vince Gilligan see fit to transition him to sleazy fan-favorite, Saul Goodman! Will it happen anytime soon?

In the words of Peter Gould himself: “I hate to say it, but there is no master plan.”

You can find my full photo album from the PaleyFest red carpet and panel here: 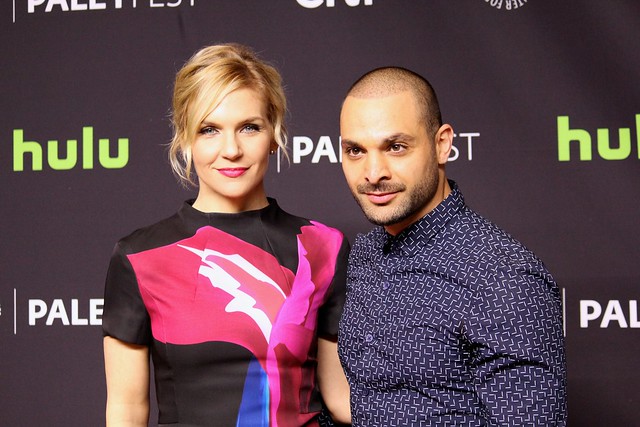 In search of a space blanket and some Cinnabon,

I voice Jake in @thesalesofftoon out now on YouTube! I’ve been living out my dreams as a professional voiceover artist in animated projects since last summer. The Sales Off is a true beauty with varied styles and worth a quick watch (10min total so far)!
Stop calling me a man to insult me and think of something more creative, abeg!
Becoming useful to the male race with @caraway_home
I’m funny on the other app too 😭😂
Stop Dating Them! [Share with someone who might need it]
#WakandaForever If I was abducted by #Namor